July 16, 2016 Comments Off on Two Serbian receivers in Montichiari!

Metalleghe Sanitars Montichiari have hired the two Serbian receivers for the upcoming season. Bianka Buša and Sanja Malagurski are a new member of Montichiari. Last season Bianka started in Serie A with Obiettivo Risarcimento VICENZA but she left Italy at the Christmas break to Romania where she played in the team of national coach Zoran Terzic. She won silver medal in the Romanian volleyball ... END_OF_DOCUMENT_TOKEN_TO_BE_REPLACED

Katarina continues her career in Italy!

June 30, 2016 Comments Off on Katarina continues her career in Italy!

Katarina Barun-Šušnjar who was member of Croatian national team, played for Foppapedretti Bergamo last season. She will play for Igor Gorgonzola Novara next season. The experienced opposite signed one-year contract.      1,150 total views END_OF_DOCUMENT_TOKEN_TO_BE_REPLACED

June 27, 2016 Comments Off on Mina Popovic signed for Bergamo! 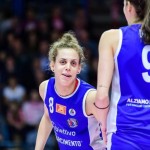 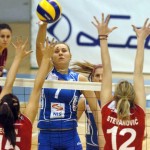 Forth win in a row for Serbia! 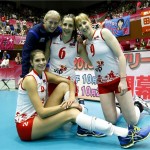 Serbia’s top team defeated Thailand in three straight sets (25:18, 25:20, 25:20) in the FIVB World Grand Prix at Shimazu Arena in Kyoto on Sunday, but too late for advancing to F6. They claimined a victory in a little over an hour. Serbia ranked the highest among the teams that have exited the competition with a 5-4 record.     ... END_OF_DOCUMENT_TOKEN_TO_BE_REPLACED

Another victory in Japan! 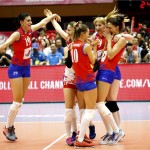 After another five sets in Japan, Serbian natonal team has celebrated the new win in the FIVB World Grand, Prix. This time, team of coach Zoran Terzić has defeated Japan 3-2 (25-23, 20-25, 17-25, 27-25, 15-8). Tijana Bošković scored 18 points for Serbia. This is the fourth win in five games for our national team. Serbia’s next match will be ... END_OF_DOCUMENT_TOKEN_TO_BE_REPLACED

Đerisilo is moving to Romania!

June 24, 2016 Comments Off on Đerisilo is moving to Romania! 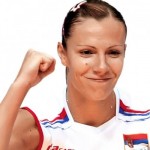 June 24, 2016 Comments Off on Another turnaround – Serbia beat Russia in five sets! 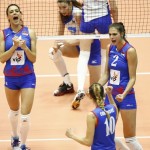 Serbia came from two sets down to upset Brazil in Macau!

June 18, 2016 Comments Off on Serbia came from two sets down to upset Brazil in Macau! 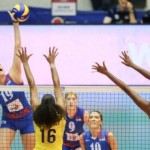 Down two sets to none, Serbia posted the rare comeback taking a 3-2 (16-25, 29-31, 25-19, 25-19, 18- 16) victory over Brazil. Tijana Boskovic (30 points) inspired a remarkable comeback for Serbia. This historic win is Serbia’s first victory in World Grand Prix. Serbia plays China in next match on Saturday.  567 total views END_OF_DOCUMENT_TOKEN_TO_BE_REPLACED 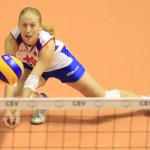