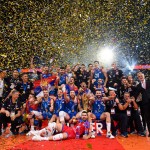 Serbia become Champions of Europe! In the final of the European Championships Slovenia was defeated by a score of 3:1 (25:19, 25:18, 25:16, 19:25). Lazar Cirovic was one of 14 magnificent Serbian players who brought Serbia their 3rd European Championship title in the last 10 years!    642 total views,  1 views today END_OF_DOCUMENT_TOKEN_TO_BE_REPLACED 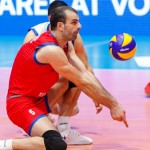 Lazar Cirovic was Serbia’s hero against Brazil. Lazar Cirovic hit the winner as Serbia beat Brazil 3-2 (17-25, 25-22, 17-25, 25-20, 15-12) in a match that swung back and forth in the FIVB Men’s Volleyball Nations League at the Multiusos do Gondomar Arena on Friday.  They only needed one match point to win. Brazil were unable to control Petar Krsmanovic’s serve ... END_OF_DOCUMENT_TOKEN_TO_BE_REPLACED 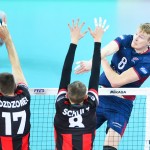 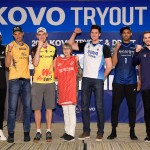 A young and very perspective opposite of Croatian National team, Leo Andric signed one-year contract for the Korean team OK Savings Bank Rush& Cash! After China and Turkey new destination of young and powerful opposite will be Korea. OK Savings Bank Rush& Cash chose Leo on the Draft which was organized by Korean federation KOVO in Toronto Canada. We wish ... END_OF_DOCUMENT_TOKEN_TO_BE_REPLACED

May 11, 2019 Comments Off on Three Ivan conquered Romania! 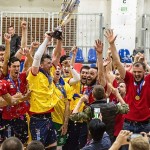 December 4, 2018 Comments Off on Fakel’s opposite top scorer of the #FIVBMenCWCH! 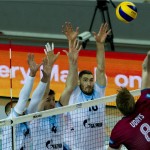 Fakel’s opposite Artur Udrys is in the spotlight after the FIVB Men’s Volleyball Club World Championship. The Russian opposite has scored 81 points in five games, including 8 blocks and two aces. http://clubworldchampionships.2018.men.fivb.com/en/competition/statistics Tsvetan Sokolov and Thibault Rossard of Lube and Resovia have ended the tournament in the second place with 78 points each. One more Fakel’s player Dmitry Volkov ... END_OF_DOCUMENT_TOKEN_TO_BE_REPLACED

December 2, 2018 Comments Off on Bronze medal for Udrys! 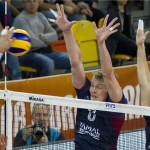 It is the first time since 2012 that a Russian representative is not amongst the top two, but Fakel secured the country’s ninth medal in the history of the competition, after a gold, two silver and two bronze by Zenit Kazan, a gold by Belogorie Belgorod and a silver each by CSKA Moscow (as USSR) and Lokomotiv Novosibirsk. When the ... END_OF_DOCUMENT_TOKEN_TO_BE_REPLACED 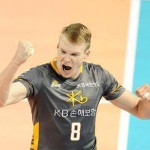 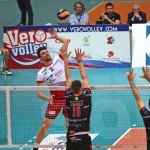 New career destination of Ivan Raic will be Arcada Galati, the team that is aiming the highest goals in the next season.        486 total views,  1 views today END_OF_DOCUMENT_TOKEN_TO_BE_REPLACED 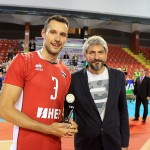 The Croatian outside hitter is ready for the new adventure in his career. After he getting champions title in Argentina Danijel Galic will tase another interesting league. This time, he will play for Baniyas from the United Arab Emirates, last year national championship winner.      492 total views,  1 views today END_OF_DOCUMENT_TOKEN_TO_BE_REPLACED