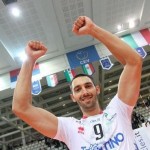 Tyumen with another Balkan signing

August 11, 2014 Comments Off on Tyumen with another Balkan signing 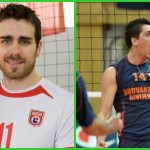 Macedonian Setter Filip Despotovski and Montenegrin middle blocker Luka Suljagic will play in Russian Club Tyumen next season. Filip played for Macedonian club Rabotnički and Romanian Tomis Constanţa and Dinamo București previously. Despotovski is a player of the national team for several years. After two season in Budva, Luka Suljagic decided to go abroad again. Since he started his career, he played a few times abroad. He has been playing in Italy, France, Bosnia…and now, Suljagic will try ... END_OF_DOCUMENT_TOKEN_TO_BE_REPLACED

August 11, 2014 Comments Off on Serbian receiver in Pamvochaikos 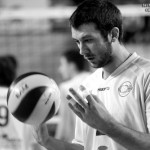 Nemanja Stevanovic, the Serbian receiver has signed a one-year-contract with the Pamvochaikos. Nemanja Stevanović ,the Serbian receiver who last season played for SCM Craiova in Romania. With 193 cm he was a member of Radnički Kragujevac and Budvanska Rivijera from Montenegro and he will certainly be a a great reinforcement Pamvochaikos. He played for the Young National Team of Serbia.   Source: www.worldofvolley.com END_OF_DOCUMENT_TOKEN_TO_BE_REPLACED

Orenbirg in Super League of Russia

May 3, 2014 Comments Off on Orenbirg in Super League of Russia 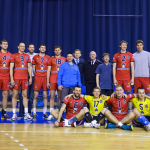 March 28, 2014 Comments Off on Andreoli survives multiple match points to defeat Fenerbahce by 3:2! 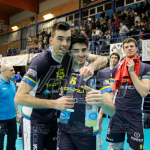 A remarkable match took place this evening at the Palabianchini competition hall in Latina.  The Italian team of Andreoli LATINA managed to survive multiple match points for the opponent in two different sets against visiting Fenerbahçe Grundig ISTANBUL to master a complete turnaround from 0:2 sets and 22-24 in the third and eventually win the first leg of the 2014 ... END_OF_DOCUMENT_TOKEN_TO_BE_REPLACED

Orenbirg are unbeaten in 15 games in a row!

February 24, 2014 Comments Off on Crvena zvezda has won the Serbian Cup 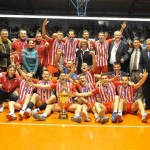 Twelfth time in history, Crvena zvezda has lifted the trophy of Serbian Cup. In the big finals, in front of the packed Hall in Kraljevo,Zvezda has beaten host Ribnica in straight sets 3-0 (25-21, 26-24, 25-19). Dušan Petković, captain of red and white was MVP of the finals. It seems that home team lost this match in second set. There, Ribnica managed to return from big ... END_OF_DOCUMENT_TOKEN_TO_BE_REPLACED

February 22, 2014 Comments Off on Tyumen won in Novy Urengoy 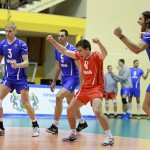 Volleyball Club “Tyumen” in the thirteenth round of the championship of Russia among men’s teams played Super League away with Fakel Noviy Urengoy Guests will immediately showed that they did not intend to leave the parquet without points. Yuri Karatkevich team had a great first set. Especially in their ranks stood diagonal Nikolay Uchikov. As a result, the starting team Tyumen take first set ... END_OF_DOCUMENT_TOKEN_TO_BE_REPLACED 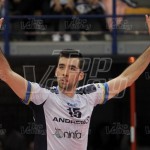 With 37 points against Mofetta Saša Starović became the Latina’s player with most points in a single match. But not just that… Serbian opposite found his place in the record book of Serie A. He is the fourth top scorer in a single match in league part of the season. The record holder is still Roman Yakovlev with 39 points (Modena – Milano 3-2, ... END_OF_DOCUMENT_TOKEN_TO_BE_REPLACED