Milenkovic is moving to Italy!

July 5, 2018 Comments Off on Milenkovic is moving to Italy!

Several new contracts for our players!

June 20, 2018 Comments Off on Several new contracts for our players! 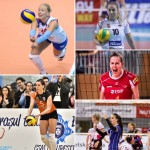 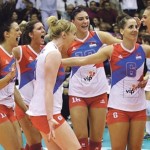 Serbia qualified for FIVB Women’s Volleyball Nations League Finals in Nanjing, by defeating South Korea 3:0 (25-17, 25-20, 25-11). They ended the pool stage as the second-best team in VNL with 37 points. On final tournament, Serbia will play in pool B with USA and Turkey.      543 total views,  1 views today END_OF_DOCUMENT_TOKEN_TO_BE_REPLACED

Mirkovic and Busa stay in Chemik!

June 8, 2018 Comments Off on Mirkovic and Busa stay in Chemik! 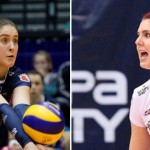 After the successful season, Sladjana Mirković (setter) and Bianka Buša (outside hitter) stay in their current club in Poland. They signed new one-year contract with Chemik Police.      656 total views END_OF_DOCUMENT_TOKEN_TO_BE_REPLACED 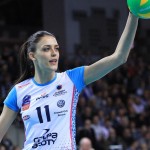 After four successful seasons in Poland, Stefana moves back to Italy. She signed new contract with Igor Gorgonzola Novara. She had already played for Novara from 2010 to 2012 at the beginning of her international career.    404 total views END_OF_DOCUMENT_TOKEN_TO_BE_REPLACED 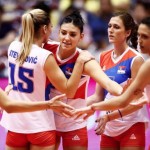 Tijana Bošković won last point against Turkey in fifth set in 2018 FIVB Volleyball Women’s Nations League. It was Tijana’s 30th point. This is Serbia’s sixth consecutive win and eighth in total, out of 9. Serbia is currently ranked third. Next match is on June 5 against Italy.        299 total views,  1 views today END_OF_DOCUMENT_TOKEN_TO_BE_REPLACED

Boskovic stays in Eczacıbaşı VitrA until 2021! 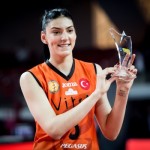 Tijana Bošković extended her contract and will stay in Turkish club for three more years. She has been playing for Eczacıbaşı VitrA since 2015/16 season. This season she won CEV Cup and was MVP of the 2018 CEV Cup.      480 total views END_OF_DOCUMENT_TOKEN_TO_BE_REPLACED

Fifth title in a row for Chemik! 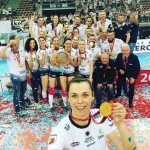 One step closer to the trophy of the Polish League!

April 29, 2018 Comments Off on One step closer to the trophy of the Polish League! 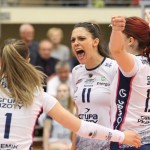 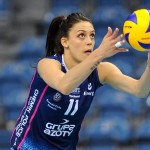 Chemik Police are finalists of the Polish Kobiet league for season 2017/2018. They defeated Grot Budowlani Lodz 2-1 in series and qualified to the big final.  Stefana Veljković was the MVP of the third match. She scored 16 points. Helić’s and Blagojević’s Rzeszow will play for 3rd place with Budowlani Lodz.      288 total views END_OF_DOCUMENT_TOKEN_TO_BE_REPLACED