Polish Sugar Muszynianka Enea is strengthened by Tanja Sredić, who played for Spartak Subotica. The middle blocker singed one year contract. In her career she played for NIS Spartak Subotica and Dinamo Pančevo.      636 total views END_OF_DOCUMENT_TOKEN_TO_BE_REPLACED 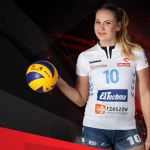 Maja Ognjenovic and Tijana Boskovic are champions of the world!

October 23, 2016 Comments Off on Maja Ognjenovic and Tijana Boskovic are champions of the world! 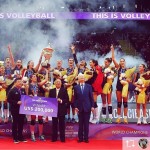 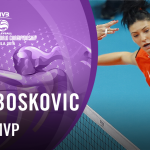 Serbia’s Rio 2016 Olympic silver medallist Tijana Boskovic was named Most Valuable Player of the 2016 FIVB Women’s Club World Championship at the Mall of Asia Arena, after she led Eczacibasi VitrA Istanbul to the title. She leads a Dream Team of the stars that shone throughout the week in the Philippines capital, thrilling the crowds with some exceptional performances. ... END_OF_DOCUMENT_TOKEN_TO_BE_REPLACED

September 24, 2016 Comments Off on Radenkovic in Azerrail!

September 12, 2016 Comments Off on Dusanka stays in Turkey! 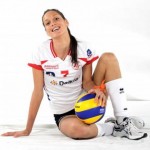 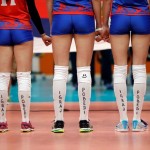 Serbia down USA to enter the final!

August 18, 2016 Comments Off on Serbia down USA to enter the final! 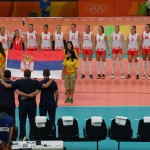 Serbia had an incredible final moment, as they snatched a 3-2 (20-25, 25-17, 25-20, 16-25, 15-13) win over the United States in the Rio 2016 Olympic Games women’s volleyball semifinals at Maracanazinho on Thursday. Serbia achieved an unprecedented feat, as they made their first ever entry to an Olympic final. Brankica Mihajlovic topped all scorers with 22 points, followed by ... END_OF_DOCUMENT_TOKEN_TO_BE_REPLACED

Sofija and Julija are a new members of Sports Club C.S.M. Bucuresti!

July 26, 2016 Comments Off on Sofija and Julija are a new members of Sports Club C.S.M. Bucuresti! 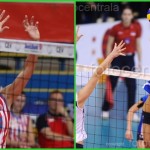