August 19, 2018 Comments Off on Krsmanovic remains in Surgut! 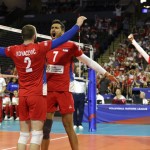 The 28-year-old Petar Krsmanovic will play one more season in Russian Superleague. For him this will be a season of new challenges. Krsmanovic is now with Serbian national team and getting ready for World Championship.      354 total views,  1 views today END_OF_DOCUMENT_TOKEN_TO_BE_REPLACED 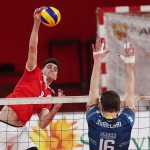 Sport Lisboa e Benfica conquered this season’s national cup of Portugal (Taça de Portugal), which was their 17th trophy in the tournament (most-titled). In the final that was held at the Multipurpose Hall (Pavilhão Multiusos) in the city of Sines (where the Final Four was held), Benfica defeated Castêlo da Maia by a 3-1 (24-26, 25-18, 25-23, 25-12). Previously, Benfica swept Associação Académica de Espinho by a 3-0 in ... END_OF_DOCUMENT_TOKEN_TO_BE_REPLACED

Krsmanovic and Bjelica won in Belgorod!

January 28, 2018 Comments Off on Krsmanovic and Bjelica won in Belgorod! 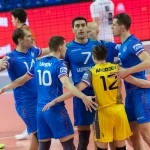 Belogorie fell to six points behind the leaders Zenit Kazan in the Superliga standings after losing to the tenth-placed Surgut by a 3-1 (21-25, 26-24, 25-21, 25-12). This was first defeat of Belogorie at home since no one from top teams couldn’t win them at home court!      517 total views,  1 views today END_OF_DOCUMENT_TOKEN_TO_BE_REPLACED

December 30, 2017 Comments Off on Uchikov replaced Gómez in PAOK! 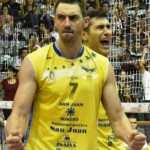 The Greek Men’s Volleyball defending champions PAOK Thessaloniki made New Year’s holiday cheerful to their fans by bringing the new opposite to the club. A 31-year-old Bulgarian player Nikolay Uchikov is the new member of PAOK and will replace the Venezuelan Ernardo „Harry“ Gómez who left the club for an unknown reason. PAOK will be the third side in which Uchikov played in the 2017/18. Firstly, he started the ... END_OF_DOCUMENT_TOKEN_TO_BE_REPLACED 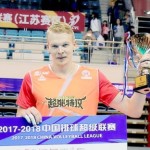 November 29, 2017 Comments Off on Cirovic MVP in victory over Castellana Grotte!

Padova have recorded the fourth victory in the Italian volleyball men’s Serie A1! They created a victory on the away side against Castellana Grotte, who had to surrender only after three sets 3-0 (25-21, 25-23, 30-28). Even though the game ended in straight sets, it was not an easy victory for Padova. The home team made a huge effort in the second ... END_OF_DOCUMENT_TOKEN_TO_BE_REPLACED

November 13, 2017 Comments Off on Dusan Petkovic 2nd scorer in Italy! 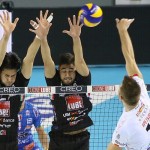 The Serbian opposites Dusan Petković is on the list of top scorers of the Italian league. After the 7th round he is in the 2nd second place with 129 points so far. http://www.legavolley.it/Statistiche.asp?TipoStat=2.4&Serie=1&AnnoInizio=2017&Fase=1&AnnoFine=2017&Ruolo=4&Lng=2   photo:http://www.legavolley.it  568 total views,  1 views today END_OF_DOCUMENT_TOKEN_TO_BE_REPLACED

November 12, 2017 Comments Off on Udris dominate in Chinese League!

Shandong and Guangdong lead their pools in the Chinese Men’s Volleyball Championship with an unbeaten record after three rounds of the Regular Season. The foreign dynamic duo Artur Udrys from Belarus (26 points) and Matteo Martino from Italy (19 points) helped newcomers Guangdong have a 3-0 record in Pool B as they downed Jiangsu on the road by a 3-0 (25-19, 25-23, 25-23).   Source: http://www.worldofvolley.com  413 total views END_OF_DOCUMENT_TOKEN_TO_BE_REPLACED 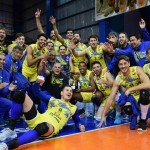 Protopsaltis MVP of the Super Cup!

October 9, 2017 Comments Off on Protopsaltis MVP of the Super Cup! 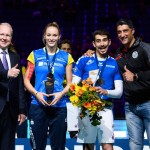 VfB Friedrichshafen won a back-to-back title in the German Men’s Volleyball Supercup. In a duel between the two fierce rivals and title contenders for several years already, Friedrichshafen beat Berlin Recycling Volleys 3-1 (23-25, 25-18, 25-18, 25-19) in front of 5,796 spectators in the “TUI-Arena” in Hannover. German prospect David Sossenheimer highlighter Friedrichshafen with 18 points but his teammate, the Greek Athanasios Protopsaltis who was the second best scorer with ... END_OF_DOCUMENT_TOKEN_TO_BE_REPLACED