The highlights of the season, Nikolay Uchikov!

May 2, 2016 Comments Off on The highlights of the season, Nikolay Uchikov! 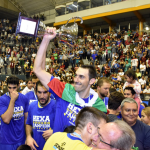 Best opposite, best foreign player, top scorer of the season and finals MVP. These four awards the Bulgarian Nikolay Uchikov was consecrated as the best of Argentina Volleyball League 2015/2016 National Bank and become the biggest star on the national scene for the second consecutive year. The best player of San Juan UPCN Voley returned to his country Bulgaria after ... END_OF_DOCUMENT_TOKEN_TO_BE_REPLACED 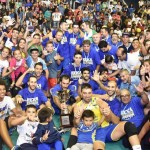 After five games in the final series, UPCN have defended Argentine champion title. In the fifth match  UPCN have defeated Personal Bolivar 3-1 (21-25, 25-21, 25-17, 25-22) and ended the series with 3-2 in wins. Nikolay Uchikov named for MVP. This is the second trophy for UPCN  this season but what is more important is that this is the sixth consecutive title for “Yellow-blue” team. ... END_OF_DOCUMENT_TOKEN_TO_BE_REPLACED

The trophy goes to Verona!!! 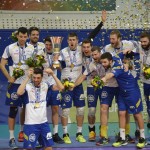 Verona have won the Challenge Cup 2015/16 after defeating Fakel for the second time in the big finals! If you happen to be from Verona, then you should prepare for a big celebration at the main square. Because, this famous city has just got their first ever European trophy in volleyball!!! Verona have made a historic success by winning the ... END_OF_DOCUMENT_TOKEN_TO_BE_REPLACED 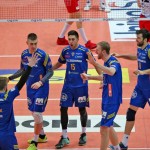 Rookies Calzedonia VERONA of Italy stormed back from the 3-2 home loss they had suffered on Wednesday to claim the re-match with Portugal’s Benfica LISBOA by 3-1 (25-15, 19-25, 25-17, 25-14) and progress to the final stage of the 2016 CEV Volleyball Challenge Cup – Men to play there Russia’s Fakel NOVY URENGOY. Calzedonia kind of put an end to ... END_OF_DOCUMENT_TOKEN_TO_BE_REPLACED

March 16, 2016 Comments Off on Nikolay Uchikov become a dad! 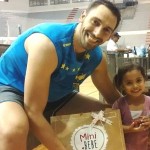 At a time when the semifinal series between San Juan UPCN Voley Voley and Works PADU was played, the opposite of UPCN  became a dad. His baby was born in Bulgaria, called Alisia and the team celebrated the news with delight and emotion at Aldo Cantoni stadium. Alisia weighed 3,3 kg and measured 50 centimeters. She was born by normal at a ... END_OF_DOCUMENT_TOKEN_TO_BE_REPLACED 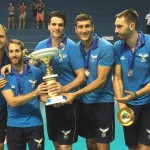 UPCN San Juan Volleyball confirm their strong continental presence by climbing for the seventh time on the podium of the South American Club Championship. This time it was third place, beating Personal Bolivar in the match for the bronze medal of the tournament that was played in Taubaté, Brazil. The San Juan revenge for the defeat in regular season against the ... END_OF_DOCUMENT_TOKEN_TO_BE_REPLACED 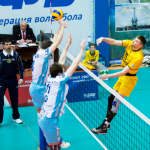 In 15th round, Dinamo MOSCOW didn’t manage to score win on the road against Yugra Samotlor! They were trailing by 2-0 but in another two sets the team from Moscow managed somehow to tie the score. In decisive fifth set, Yugra Samotlor were much better and clinched a surprising victory. Dmitry Babkov was MVP and he had 15 points(57% attack, 1 ace, 1 block). ... END_OF_DOCUMENT_TOKEN_TO_BE_REPLACED

Ivan Raic MVP of the match against Perugia!

February 15, 2016 Comments Off on Ivan Raic MVP of the match against Perugia! 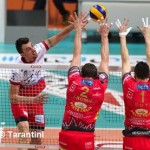 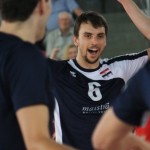 Ivan Raič will continue career in Vero Volley Monza! Croatian opposite started this season in Turkey where he was averaging 15,6 points as a player of Sahinbey. Raič is goind to be definitely an important addition to Monza roster, which is passing through a difficult period as the club suffered three defeats in a row in Serie A.  917 total views END_OF_DOCUMENT_TOKEN_TO_BE_REPLACED

January 21, 2016 Comments Off on Marko Bojic goes to Indonesia! 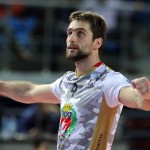